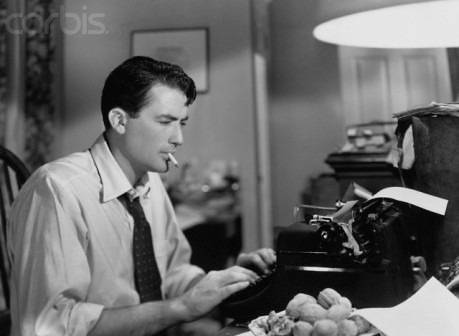 Maybe I’m not a dummy, but I sure was clueless.

I knew so little about writing when I worked on my first novel.  The Road Ahead was more a product of will power and discipline than writing skill and talent. When I was writing I never thought much about editing, publishing, or marketing. I figured I would worry about those things when I was done writing.

Back when I was employed in the public sector and working on public policy documents and reports, no one cared about passive voice or the occasional missing comma. My audience only cared about my conclusion and recommendations. Editing consisted of handing a report over to a peer and asking them to look it over.

I also received conflicting advice. I was at a workshop about getting published as I was completing the first novel. The facilitator suggested that hiring an editor was a waste of money because the publisher will edit your manuscript. I thought to myself great, I didn’t have to spend money on editing. Then I thought about it some more. How do I know the manuscript is good enough to send out to agents? So I hired an editor on the recommendation of a writing instructor/author. Lesson #1: A skilled editor is needed at some stage. You need to decide when and what works for you.

The editor provided me with a list of things to work further on, such as plot holes, confusing timelines, and character development. Lesson #2: By the time you finish your first draft it would be a good idea to have someone evaluate your manuscript regarding readability, plot structure, dialogue, characterization, point of view, and pacing.

However, it was also my first of a series of errors. She was not familiar with the genre and provided advice that made no sense to me. As a result, it tainted all the proposed changes she made. I remember one scene in the book she pointed out wasn’t realistic. She suggested it could never happen. However, I had based it on a real event. Lesson #3: Make sure the editor you use is familiar with your genre.

After doing some additional editing, I decided maybe a peer review would be a good idea. I belonged to a book club so I distributed a draft manuscript to the members and we met to discuss it. More mistakes. It was about 6 weeks between the time I sent out the manuscript and when we finally met.  By that time, I had already done another complete round of edits. These are people who enjoy reading but they aren’t writers. They treated it more as a book review. At this point what I needed was a round of substantive editing: tweaking and re-writing sentences, scenes, paragraphs and pages with track changes. Lesson #4: Communicate with your editor to make sure they understand what you need. There are different types of editing.

I missed the fact that I needed a round of substantive editing. Fortunately, I was in a writing group and was receiving feedback from the other writers. In the end the manuscript was in pretty good shape. Lesson #5: You don’t alway have to pay for editing. Use your network and offer to help others in exchange for their help.

At this stage of the process, I began to query literary agents. The process went on for several months and proved to be fruitless. Part of the problem was the genre. The book is a political satire based in Canada so only Canadian agents would possibly be interested. However, the number of literary agents is extremely small and none showed any interest.

So I decided to self-publish. Before I could publish, I needed to get my finalized manuscript copy edited and proofread. I hired someone and after several read throughs, she sent me my final edits. My wife offered the services of a friend who she claimed was an excellent proofreader. I turned her down. I went ahead and published the book, A month or so later, my wife came with a marked up copy of my book with about 30 errors that her friend had found. Lesson #6: Not all editors are equal. (Also refer back to Lesson #5.)

The approach I’ve taken with my current project is totally different. I have a larger network of writers today. I better understand the different stages of the process. I have several critique partners in addition to my writing group. I’m following blogs of other writers. Finally, I’ve already begun to consider possible editors for when I need them. Lesson #7: There are a lot of more experienced writers out there who are happy to share with you. Take advantage of it.