It's been some time since I last posted a "weekly" update. July was a very productive month but I've had little time to write this month. Between my trip to Europe, a consulting assignment and some family matters, I've been very busy. But I have only two chapters to write still. It might happen this … END_OF_DOCUMENT_TOKEN_TO_BE_REPLACED

Autocorrect speeds up texting and typing. But we've all been frustrated or embarrassed when our device has inserted the wrong word. I've collected some well-known autocorrected sayings. A bitch in time saves wine. Where's the brief? May the workforce be with you. A fool and his monkey are soon pasted. It's finger lickin goo Life … END_OF_DOCUMENT_TOKEN_TO_BE_REPLACED

I released my first novel on my 63rd birthday last year and like to think I have many years of writing ahead of me. I came across this blog post and thought I would share it. 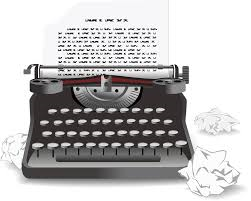 It’s never too late to put a pen to paper and these famous writers are proof of that. Some have enjoyed long careers and continue to write books well into their eighties and nineties and beyond (think Herman Wouk). Others have become authors later in life. What do you think they all have in common? Probably a need to get their story out and for that, you don’t have to be young. In fact, being older can be a great advantage.

Read below and see what I mean:

John Barth – American novelist and professor. Currently 87, has been writing fiction since 1956 and has won many awards. Wrote Lost in the Funhouse and Chimera. Collected Stories was published in 2015.

Charles Bukowski was a German-American writer. He tried writing, was minimally successful, wound up working in a post office until he quit and wrote Post Office

It's nearly 70 years since 1984 was first published and about 40 years since I first read this magnificent dystopian novel by George Orwell. Why did I decide to read it again? Our society has continued to evolve since the 70s and I wanted to see if the book would have the same impact on … END_OF_DOCUMENT_TOKEN_TO_BE_REPLACED